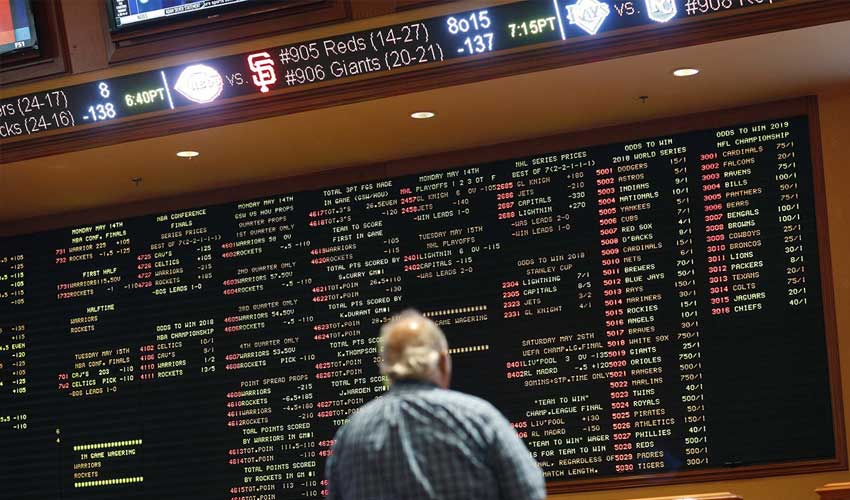 New Jersey’s legal sportsbooks fared well in June, but clearly the best is yet to come for the fledgling industry. In the first tangible snapshot since legalization, New Jersey’s sportsbooks generated $3.5 million in gross revenue on $16.4 million in wagers completed in June, according to official reporting released Thursday.

Only Monmouth Park, Borgata Hotel Casino and Spa — which both opened 14 June — and Ocean Resort Casino — which launched 28 June — operated sportsbooks during the month. With that considered, the revenue totals were better than expected, according to PlayNJ analysts.

“It’s exciting to see the first sports betting numbers out of New Jersey, but we have to remember it’s still limited in where and how it is offered,” said Dustin Gouker, lead sports betting analyst for PlayNJ. “Total amount wagered and revenue will increase exponentially as more casinos and racetracks begin to offer wagering, and as online betting kicks off later this summer and into the fall.”

Meadowlands Racetrack, which will operate as a FanDuel Sportsbook, is expected to enter the market on 14 July, and more operators could start launching as soon as later this month.

“Online and mobile sports betting is now technically legal for operators under the new law in the state after but the logistics and licensing are still being worked out,” Gouker said. “We could see the first legal online sportsbooks launch in New Jersey this month, with many other aiming to be live in time for football season.”

“It’s clear sports betting is a pretty big hit off the bat for New Jersey,” Gouker said. “The initial numbers show bettors are turning up in droves to try out legal sports betting options in the state. And while the bottom-line revenue is good, this also means more people are and will be visiting the state’s tracks and casinos, which will obviously be a boon for their businesses.”

Meanwhile, New Jersey’s legal online gambling industry generated $22.7 million in gross revenue in June, the 44th consecutive month that gross revenue has increased year-over-year. And with June’s collection of $3.97 million in tax revenue, online casinos have now generated $150.8 million for New Jersey since the industry was born in November 2013.

The online gambling industry is expected to see a significant boost from online sports betting, too, once it reaches New Jersey’s marketplace.

Every month in 2018 has posted a double-digit percentage increase in year-over-year gross revenue, and all but April has experienced growth of at least 12 percent. This has been a boon for the state, injecting $24.4 million into government coffers so far this year.

Some other important online gambling metrics from the June report: